Chicken enchiladas aren't something you really ever find on a Tex-Mex menu in the UK. If you do see them it's going to be some variation of the idea, but never a complete picture of the real thing. If I was going to stick true to my mom's recipe I'd only be able to follow the exact recipe whenever I came across an American product called 'rotel'. Rotel is a brand of canned tomatoes and green chillies. Slightly spicy, and mostly used in Mexican and Tex-Mex dishes. It's particularly good in queso but of course I never have it.

For any expats reading this, I have basically found a really easy way to make it. I drain a can of chopped tinned tomatoes, and roast two green peppers and a green chilli. After it's roasted for about 40 minutes in a 200C oven, I wrap the chillies and peppers in cling film until it becomes room temperature, then remove the cling film and the skin of the chillies and peppers just peel off. I take out the seeds of the green pepper, and reserve the seeds on the chilli to make it as hot as I'd like. Then mix it with the drained tomatoes. Voila! Instant Rotel. The good thing about it is you can make it as hot or mild as you want. Anyways, this is what you need for the chicken enchiladas recipe that I'm making of my mom's. 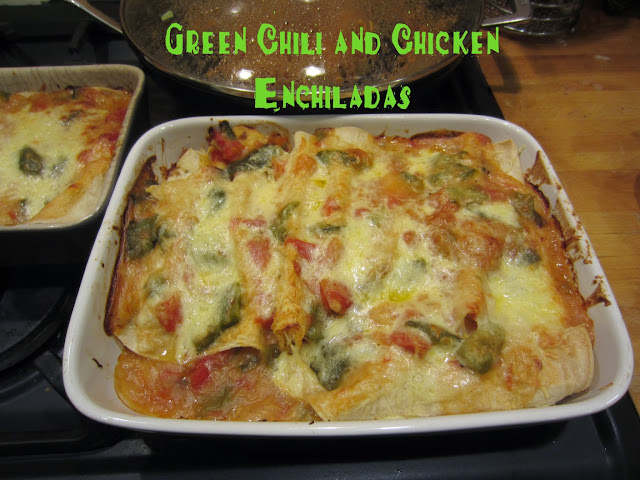 Sometimes if can get to Coolchile.co.uk in the right season, they sell poblano peppers which are infinitely better in flavour when compared to green peppers. But since those are hard to come by, this is a really easy short cut to the recipe. And oh yea, I forgot to mention the other difficult part to this recipe. Corn Tortillas. Never in the UK have I ever tried to make enchiladas with the crap that Old El Paso tries to sell as corn tortillas. I have to order mine at about £2.50 a dozen from CoolChile.co.uk. Fair enough because they're the exact right kind I need for this recipe. I have linked to the exact ones I use for reference. They have a 'bakers dozen' I believe which is 13, so I that's what these make 13 fat enchiladas. Adjust as you like, but these are pretty authentic to my moms.

On another note, I usually do everything in advance and then just assemble on the day.

To Start:
Boil the chicken and debone. Of course you can use pre deboned chicken, you'll need about 500grams. I boil mine with onion, pepper, garlic and salt.
Roast the bell pepper and chilli for 40minutes at 200C, wrap in clingfilm and wait till room temp.
Dice and set aside.
Grate the onion in a food processor.
Grate the cheese on the fine setting, put in the fridge if not using immediately. 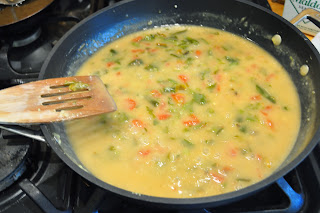 For the sauce, melt the butter in a saucepan then add in the flour, and stir continuously for about five minutes to cook off the flour.
Next take off the skin on the green pepper and remove any seeds (see instructions in paragraph), and chop finely.
Stir into the butter and flour mixture until coated.
Slowly add in the stock 250mls at a time, and add more when it boils thick. Add stock slowly and simmer until you get a thick sauce that covers the back of the spoon. You might need slightly less than 750ml, so eyeball it.


For Assmebly:
Spoon about a quarter to half a cup of sauce onto the bottom of the casserole dish and spread around so the enchiladas don't stick.
Get your assembly station set up, cheese, grated onion, and chicken all in a row.
Microwave tortillas 5 at a time for about 30-45 seconds until soft.
***Make sure you leave about a third of the cheese for the top at the end.
Pour over the sauce, (if you're using two dishes, make sure to appropriate enough for both), then next with the remaining cheese.
Bake at 180C for about 40 minutes uncovered for 5 more.
Serve with rice, salad, and pinto beans.

Greetings readers. As you know my blog is primarily devoted to food but sometimes I have to go out of my way to give a review to a deserving company or service. Today I'm talking about a G&G Garden Services in Bexleyheath. Not being from the UK, and especially living out in the suburbs for the first time, it can be quite daunting to find services to fit your needs that provide value and quality service.

We moved into Bexley just over two years ago, and from the start there was a lot of gardening issues that needed to be addressed. The first thing we chose to do was have some Eucalyptus trees felled that were completely out of control. With the winds we get here, it's often dangerous to have trees grow so high. Not knowing who to use I just searched 'garden services Bexley' (the Borough we live in) and a few came up, including G&G. I contacted G&G via email and a price and date was discussed. On the day they turned up and in a matter of about an hour the two 60ft eucalyptus trees were gone, roots and all. Extremely happy with the services provided.

Two years later the fence was in serious disrepair, including a massive shed that was left behind that was full of rubbish and also added to by us including wardrobes and another old shed that we brought when we moved in etc etc! Lots of junk. Originally we thought we'd get a hire a skip to get rid of the junk and decided to look over some garden services that could perhaps suit all of our needs in one go. When I started to look through services in the area, G&G came up again, with all the services I needed. What impressed me most about their website was the photos of previous work and jobs they had done. In this day in age we focus primarily on visuals, and it's really difficult for me to go to a company without a properly working website, and photos to parade their work. I contacted Grant through text, but ended up querying on a form on their website which suited me better, and them I'm sure. I found them responsive and engaging, and they called me within two days discussing a date they could come out and price out the job and give me an idea of what was going on. They told me it would be a few weeks but it ended up only being a little over one week that transpired between first initial quote, and the start date. Fantastic.

At the start of the day, they turned up, nice and early, ready to go. They immediately took my fence panels off to put along the grass to protect what little grass was there and I thought that was considerate. They then got straight to work, doing whatever they do to get a fence in order, as I've said my knowledge is with food not how a fence works. As you can see from the photos below, I'm well pleased with the job they've done. They've been completely transparent the whole time bout what was involved in the work and how much it cost. I will definitely be calling on them for further services in the garden. Thanks G&G, and to their lovely employees! You can find them at their website http://www.bexleygardenservices.co.uk/

Here are some photos that I documented their work some before and after action:

Overall, I'm really happy with the work. There was one panel that was a little bit wonky, just a mistake in the building of it I imagine, but not a problem, I called them up and they were happy to sort it out. That's the kind of workers I want in my house. So if you're thinking about having them out for something I definitely would recommend them for anything! 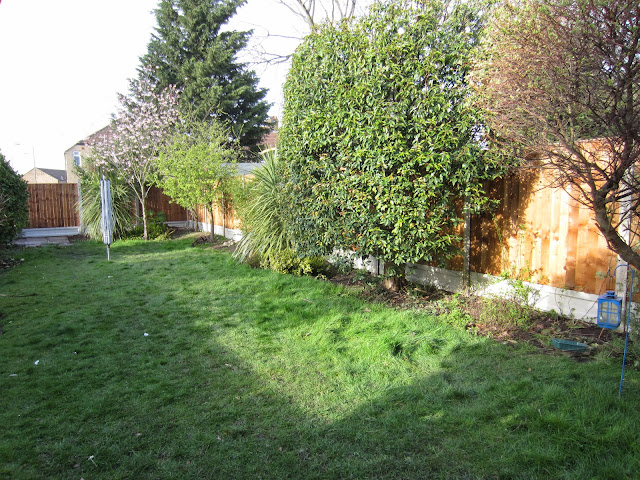