One of the things I miss the most from the states is American style Italian sausage. It might seem like such a oxymoron “American/Italian” sausage...but it's legit trust me. Thet hing is, this sausage is pretty much stricty an American thing, and I'm guessing it's adapted from the huge Italian culture in the north eastern United States. Either way, it's darn good and it's everywhere. It's fantastic because they put it in casings and you can grill it, or squeeze it out in your marinara, or lasagne. Really nice stuff. The point is they have nothing like it here in the UK and I've been missing out on it. 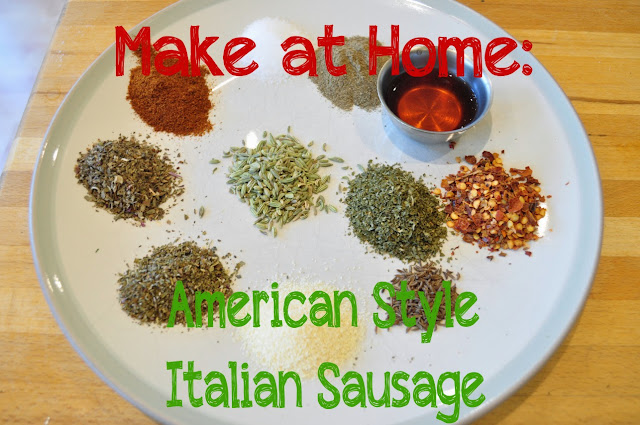 I decided to look through many recipes. Back home they have a sweet and a spicy kind and I opted to make mine the spicy kind. If you want to make it sweeter just add 1 tsp. Of brown sugar to the spice blend and get to mixin'. I used 500g of lean minced pork meat, which is about 1lb. You can double this easily too. I decided to make some meatballs for mine to go in a calzone (recipe to come), and then I froze the rest for later. The recipe makes about 10 meatballs, or would make a perfect bolognese for 4. Enjoy. 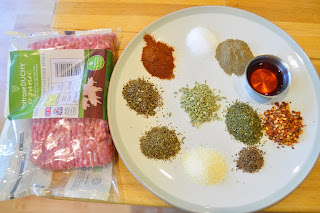 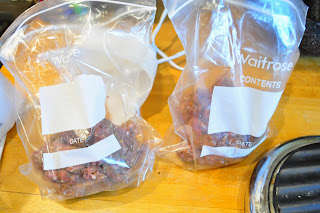 To Make:
Mix all the spices and red wine vinegar with the pork mince and mix thoroughly with your clean hands for about 10 minutes until thoroughly combined.
Split into two packages and freeze immediately, or use now. I don't care! :) 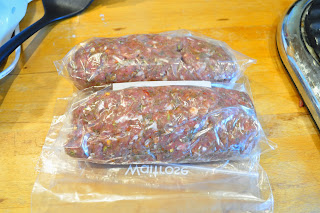